From Diplomat to Dedicated Politician with Patrick Branco 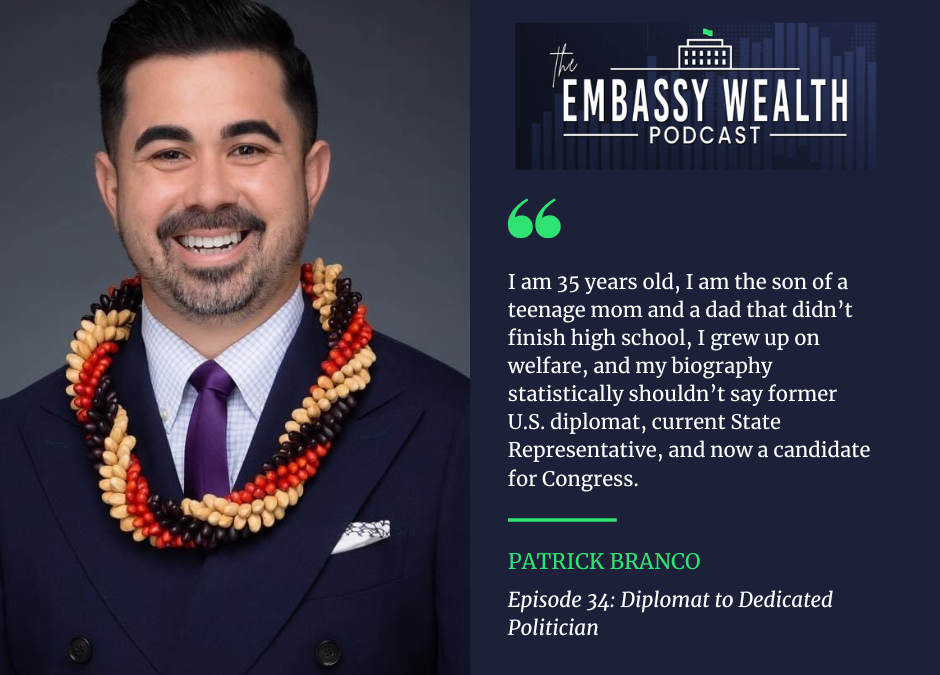 After 8 years and multiple tours in the Foreign Service, Patrick Branco left the Department to run for public office. He immediately entered the race for Hawaii State Representative for District 50 (Kailua & Kāne‘ohe Bay) and found himself campaigning during COVID-19, running vaccination centers, and knocking on nearly four thousand doors while wearing a lei and a mask to show the dedication he had to his community.  Hear Patrick’s story about his journey post-Foreign Service, including his recent run for U.S. Congress (Hawaii’s 2nd congressional district) and how he has used the skills he gained as a diplomat in his next chapter as a politician.

…and so much more!

Music: “Higher Up” by Shane Ivers

No comments to show.